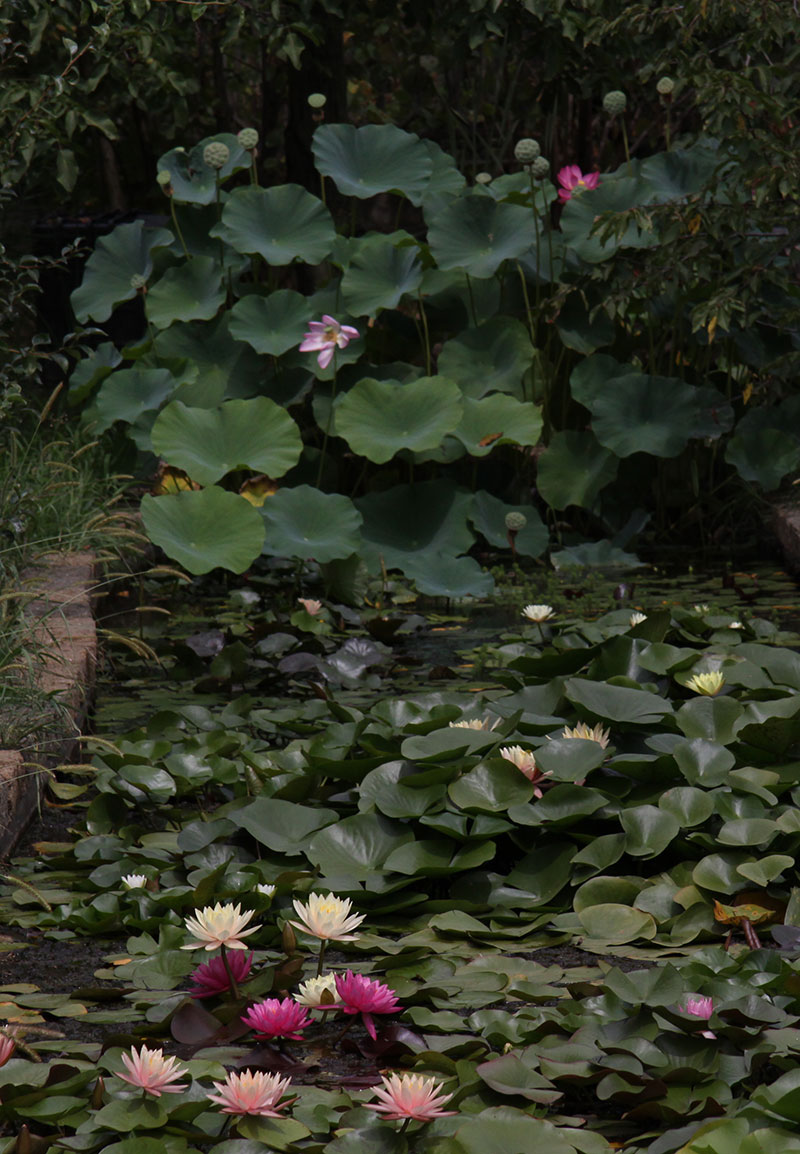 A pond with waterlilies and lotuses, waterlilies in the foreground and lotus in the background.
Now let’s see differences in detail:
Leaves:
Leaves of an hardy waterlily have got round/elliptical shape, with a cut that goes from the center of the leaf to the outside. The lobes of the leaves can overlap or be open. The size of a water lily leaf can range from a few centimeters for the smallest varieties up to 40-50 cm. in the larger varieties.

Different hardy waterlilies leaves.
The leaves of the lotus are round, without cut, shaped like a cup, and water repellent, that mean that water does not stop on their surface, if we take water and pour it on the surface of the lotus leaf it slips away without stopping. 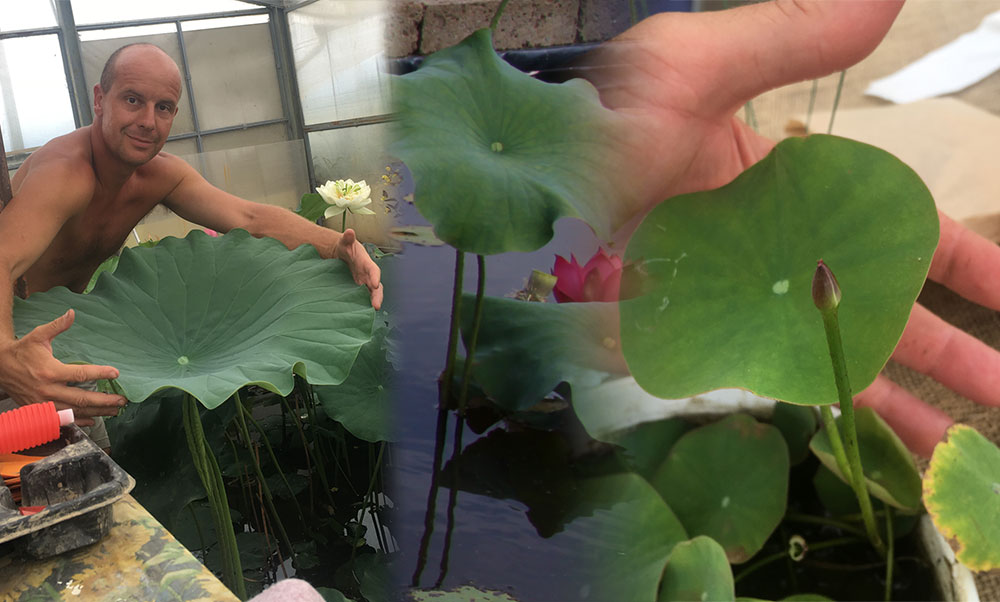 Different lotus leaves, large, small and dwarf varieties.
Flowers:
The flowers of anhardy waterlily remain floating on the surface of the water, even if some varieties have the flower that comes out of the water a few centimeters.

Example of different waterlilies varieties with leaves and flowers.
The flowers of the lotus come out of the water even up to a meter and a half in the larger varieties. Supported by a long stem similar to that which supports the leaves.

Waterlilies rhizomes.
The lotus rhizome has a banana-like shape, from the tip of which start in spring to grow and sprout the leaves and flowers.