By Rich Sacher
Here is how I divide and propagate the night blooming lily Missouri. (This same method works for ANY tropical water lily which has made a cluster of conjoined tubers.) When you uproot the water lily and rinse all soil away, there are often small plants at the end of short runners which have begun to make roots and small tubers. These can be removed and planted into fertilized soil. More often, night bloomers make a cluster of tubers, often hidden in the root mass, which can be severed from the cluster with a sharp knife. If you are still in the warm growing season, these divisions can be planted into fertilized soil, and they will develop into new plants. If it is at the end of the growing season, these severed tubers can be stored for the winter in damp peat moss, at room temperature, until they are planted in spring. The cut surfaces will heal and callous during storage, preventing the tubers from rotting. 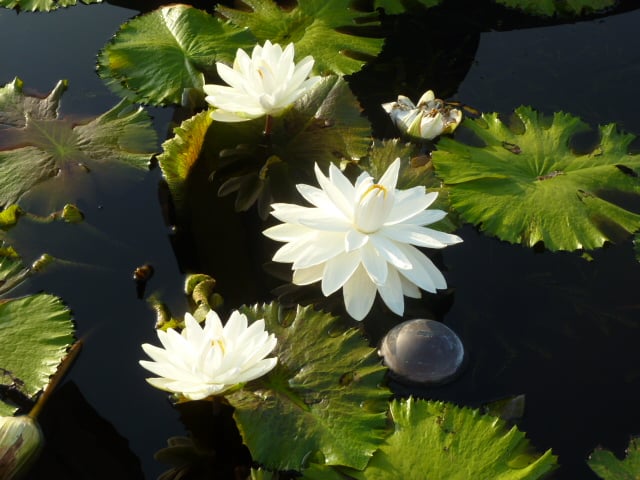 This photo of Missouri was taken at 9 am, at the pond of the New Orleans Museum of Art. The lily has multiplied, so there are now two plants in this pot. The larger flower is on the older, parent plant. 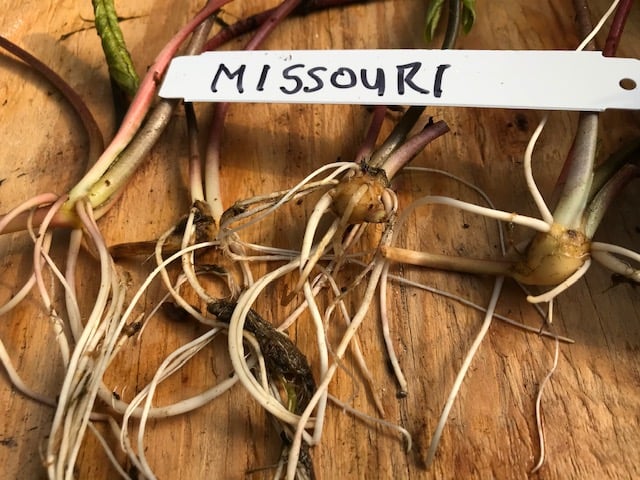 Night bloomers send out short runners from their crowns, and these runners quickly take root, producing leaves and the beginning of small tubers. 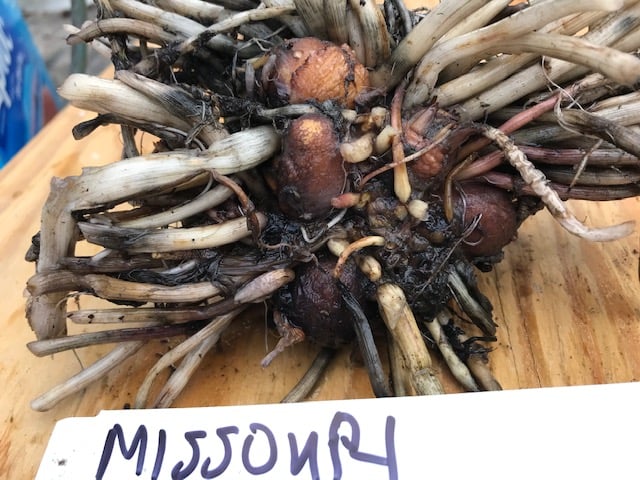 This actively growing Missouri was uprooted on Dec 4, and all leaves and most roots were removed, so I could see where the tubers were. 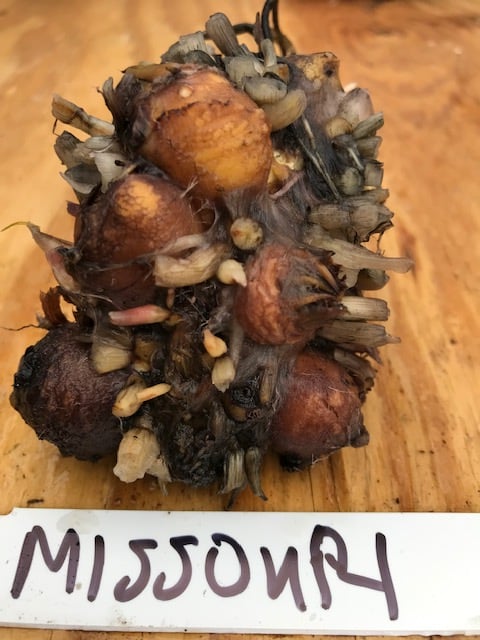 By removing all the roots from the conjoined tuber mass, it makes it easy to see where the tubers are, and where to cut them away from the mother plant. 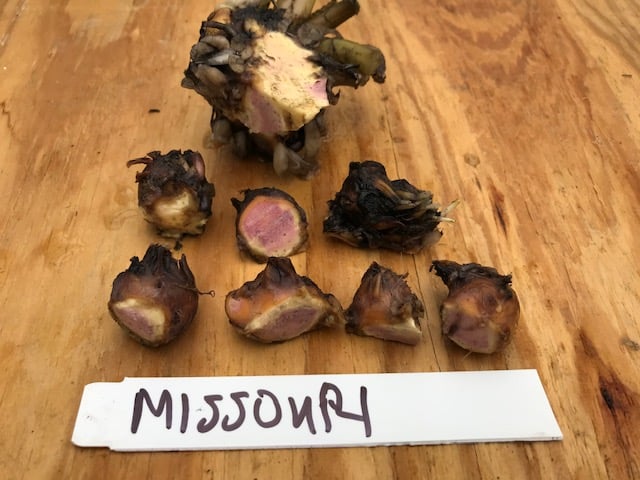 At the top is the remaining parent tuber, with all the divisions displayed below. This process reminds me of cutting a potato into multiple pieces, being sure there is an “eye” (growing point} on each piece of the potato! 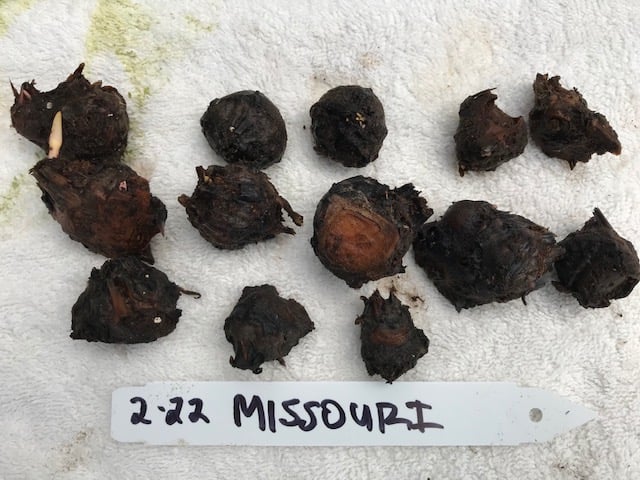 All these tubers were cut away from one conjoined tuber of Missouri. They were stored for several months at room temperature in damp peat moss. Every tuber has survived, and some are beginning to show growing points on their crowns. 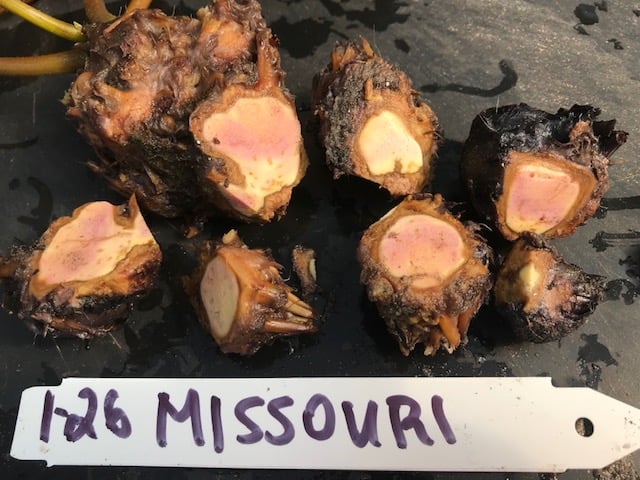 Freshly severed tubers from a mass of conjoined Missouri tubers.Even the large parent tuber can be successfully stored over the winter, in damp peat moss, at room temperature.