Fish were sent in steel containers via train from Adamstown, MD, all over the country. Waterlilies were shipped by mail and many folks came to the site to select their beautiful blossoms.

In 1927 Thomas bought two farms on Lily Pons Road where today’s Lilypons Water Gardens exists. Here he created hundreds of ponds and an intricate canal system to supply and control water to these ponds. Stunning water plants and sparkling fish thrived and a landmark was born.
A catalogue was printed in 1929 to reach a national market. The Lilypons catalogue won many awards for excellence in the 1980s and 1990s from the Direct Gardening Association and Direct Marketing Association. 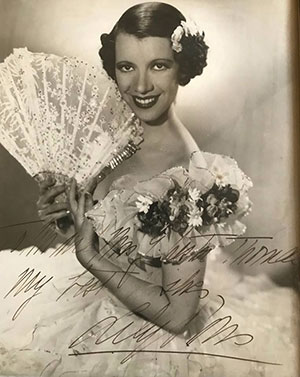 In 1936 Lily Pons, the great Metropolitan Opera soprano and Hollywood star, visited Three Springs Fisheries and christened the post office there, “Lilypons, Maryland” from which she sent her Christmas cards over many years. It was a huge local occasion with the Maryland Governor and his entourage in attendance. A fifty-year celebration recreated the 1936 events in 1986 including the family of band leader Andre Kostelanz, Lily Pons’ husband, in attendance.

In the 1950s the introduction of polyethylene enabled fish to be shipped via mail and air freight. Also around this time the business management passed from Lester Thomas to his son, George Leicester Thomas, Jr. “GL” wrote the first book on water gardening from the “Lilypons” point of view. Also he brought in talented writers and illustrators from the Baltimore Sun to create the catalogue. Also the Sun’s great A. Audrey Bondine took many beautiful photographs of the aquatic plants and ornamental fish as well as customer ponds featured in the catalogue. 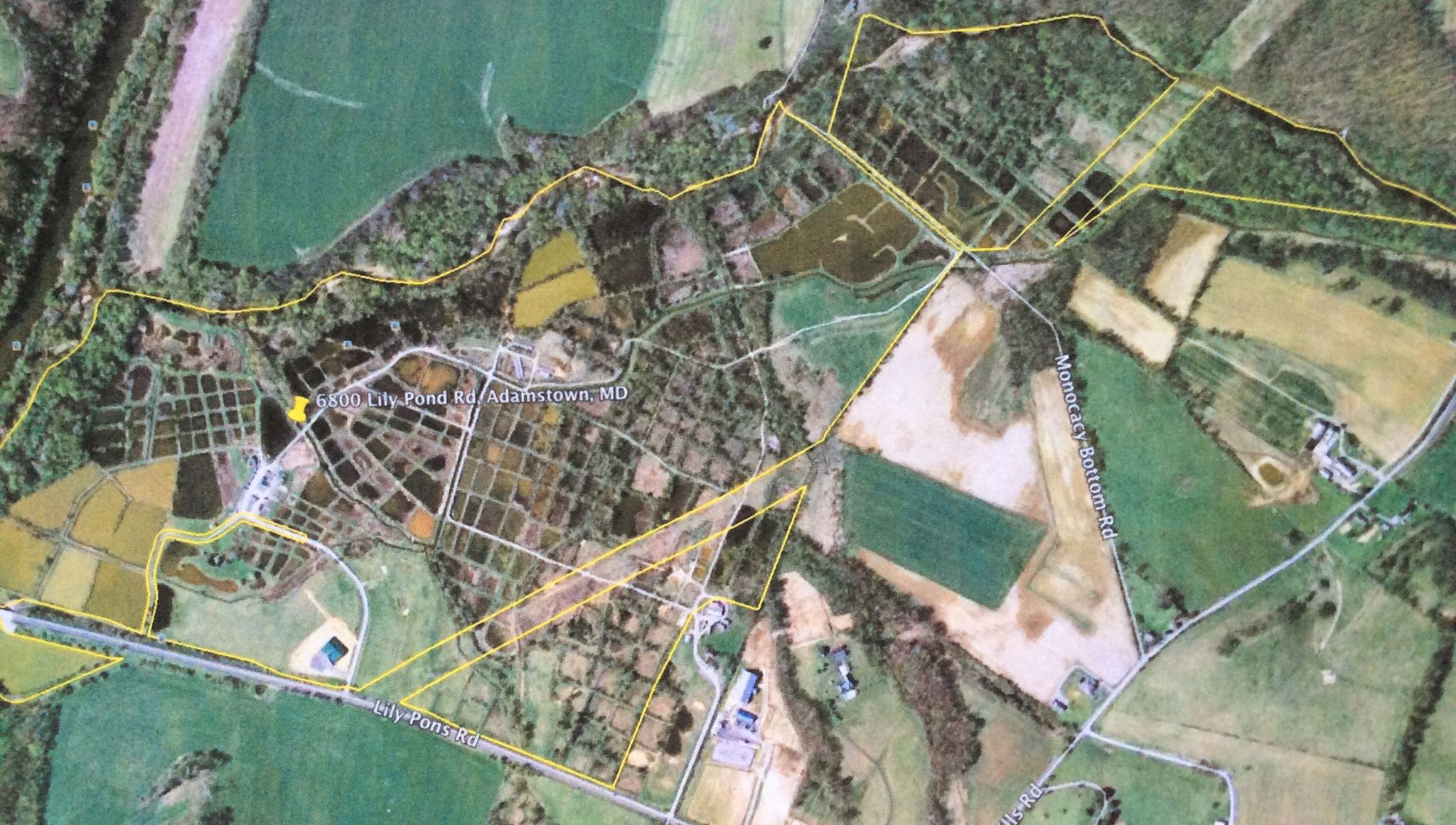 In 1966 the business was bought by France and Lease Bussard and Annebelle and Carlton Strube. Frances and Annabelle were daughters of George Leicester Thomas and sisters of “GL.” Under this management Charles B.Thomas and George Leicester Thomas, III, took on the operations of Three Springs Fisheries. In 1975 the Bussards and Strubes were ready to retire and the next generation of Charles and George, III, bought the business. 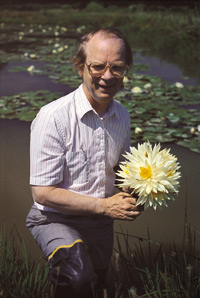 This was an amazing time since so many things came together to make the new future for Three Springs Fisheries. Charles B. Thomas became president and George Thomas, III, became Vice President of the 250-acre aquatic farm. Charles soon changed the name from Three Springs Fisheries to Lilypons Water Gardens, reflecting the emphasis on aquatic plants. Charles hybridized two beautiful waterlilies, Nymphaea ‘Virginia’, a beautiful white and N. ‘Louise’, a beautiful red, both named in honor of his mother, Virginia Louise Thomas. He authored five books on water gardening.

The space program brought us many new products, one being fiberglass. Pools made of this material enabled the creation of a pond an easy operation. These new pools could be dug into the ground or just placed on top of the ground. At this time the great English landscape architect Russell Page extolled the future of gardening with water. The English had always been in love with water gardening. 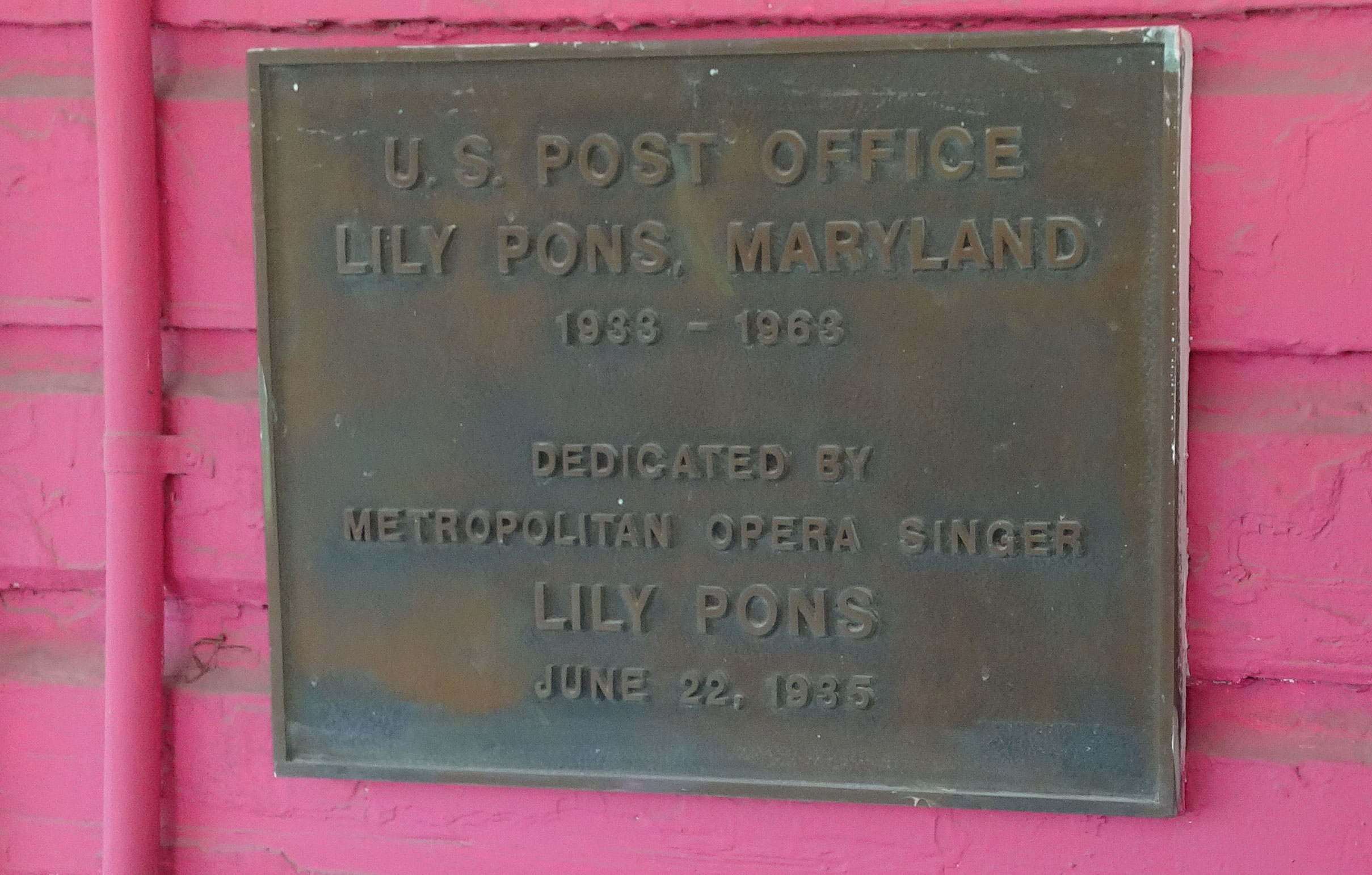 Queen Victoria’s famous glass house was built based on the structure of the Victoria Lily’s pad structure. UPS and air freight companies enabled the shipment of perishables so much faster. Styrofoam was a helpful innovation for shipping ornamental fish, protecting them from sudden temperature change.

Charles Thomas waged a campaign at the horticulture departments of colleges and universities to make water gardens a part of their programs. He became an active member of American Horticulture Society, Garden Writers Association, Direct Marketing Association and Direct Gardening Association. He presented lectures at universities, garden clubs, Master Gardeners, and garden associations all across the USA and several foreign countries. Charles steadily appeared on national radio and television to promote interest in and knowledge about water gardening. In 1985 he founded the Water Lily Society which soon became the International Water Lily and Water Garden Society. This brought so many new ideas and people into the ways of water gardening.

The water garden can expand a small yard into a more expansive environment, and with a larger garden, the sky is the limit. 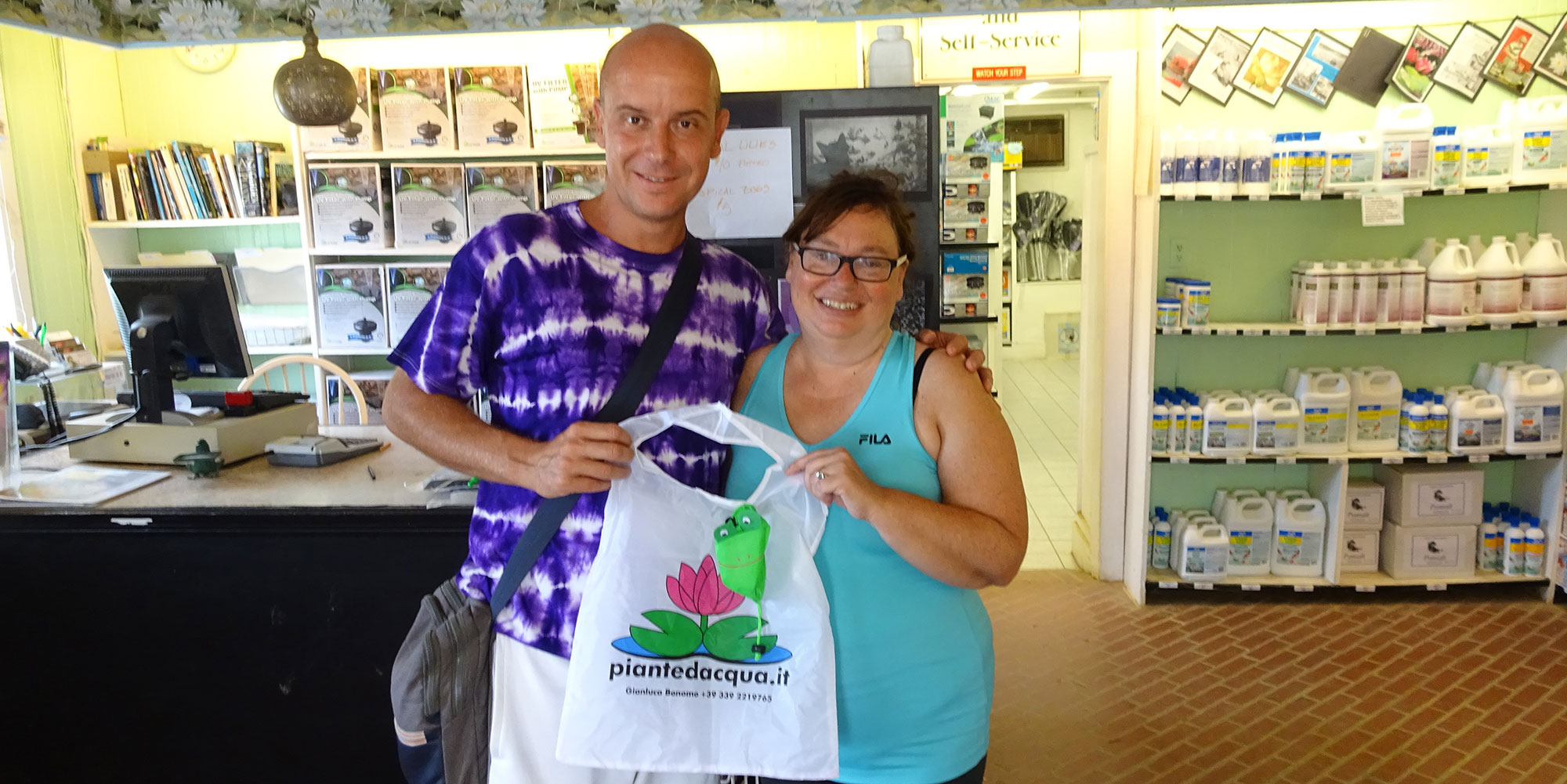 Lilypons Water Gardens passed on to the fourth generation in 1998 when Margaret Thomas Koogle became president of the company, and owner in 2017.
What new things will evolve and how will gardeners utilize this garden venue to enhance their gardens and renew their spirits in the years ahead? 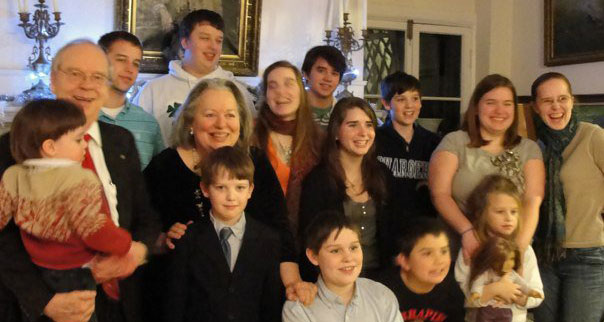